Objective: To compare the pain relief and frequency of analgesia requirement in post abdominal surgeries using ultrasound guided transverses abdominis plane (TAP) block with that of wound infiltration with local anesthetic agent.
Study Design: Randomized control trial.
Place and Duration of Study: This randomized control trial study was conducted at Anesthesia Department of Combined Military Hospital, Rawalpindi, after getting permission from hospital ethical committee from 28th Feb, 2015 to 31st Aug 2015.
Material and Methods: The total number of patients included in the study were 100 with American Society of Anaesthesiologists (ASA) status I/II scheduled for elective abdominal surgeries. They were included in the study after written informed consent. The patients in group I received TAP block with 20 ml of 0.25% bupivacaine while those in group II had wound infiltration at the end of surgery with 20 ml of 0.25% bupivacaine. After induction of general anesthesia, ultrasound guided transversus abdominis plane block was performed with Kontron Agile ultrasound system using linear transducer (8-12 Hz) 15 minutes prior to the surgical incision. A Stimuplex nerve stimulator needle 22G, 50mm was used by in-plane technique to deposit local anesthetic agent. In post anesthesia care unit (PACU), visual analogue scale (VAS) from 0 to 10, and requirement of analgesia at 0, 2, 4, and 6 hours respectively was used to assess the pain.
Results: Both groups were comparable in regard to demographic data. Peak pain scores were measured using VAS with higher scores indicating worst outcome. The peak pain scores in group I patients were lower as compared to the patients in group II (p-value <0.05). The time to first analgesia was longer 8.92 ± 1.509 in group I as compared to 5.1 ± 1.971 in group II (p-value=0.05). The frequency of analgesia requirement in post-operative period was also more in group II.30% patients in group II required analgesia in first two hours as compare to 0% in group I while in the sixth hour 64% of the patients in group II required analgesia as compared to 8% in group II.
Conclusion: The comparable short term post-operative pain relief was provided by both ultrasound guided TAP block and local wound infiltration, but the TAP Block showed better and long lasting effects. 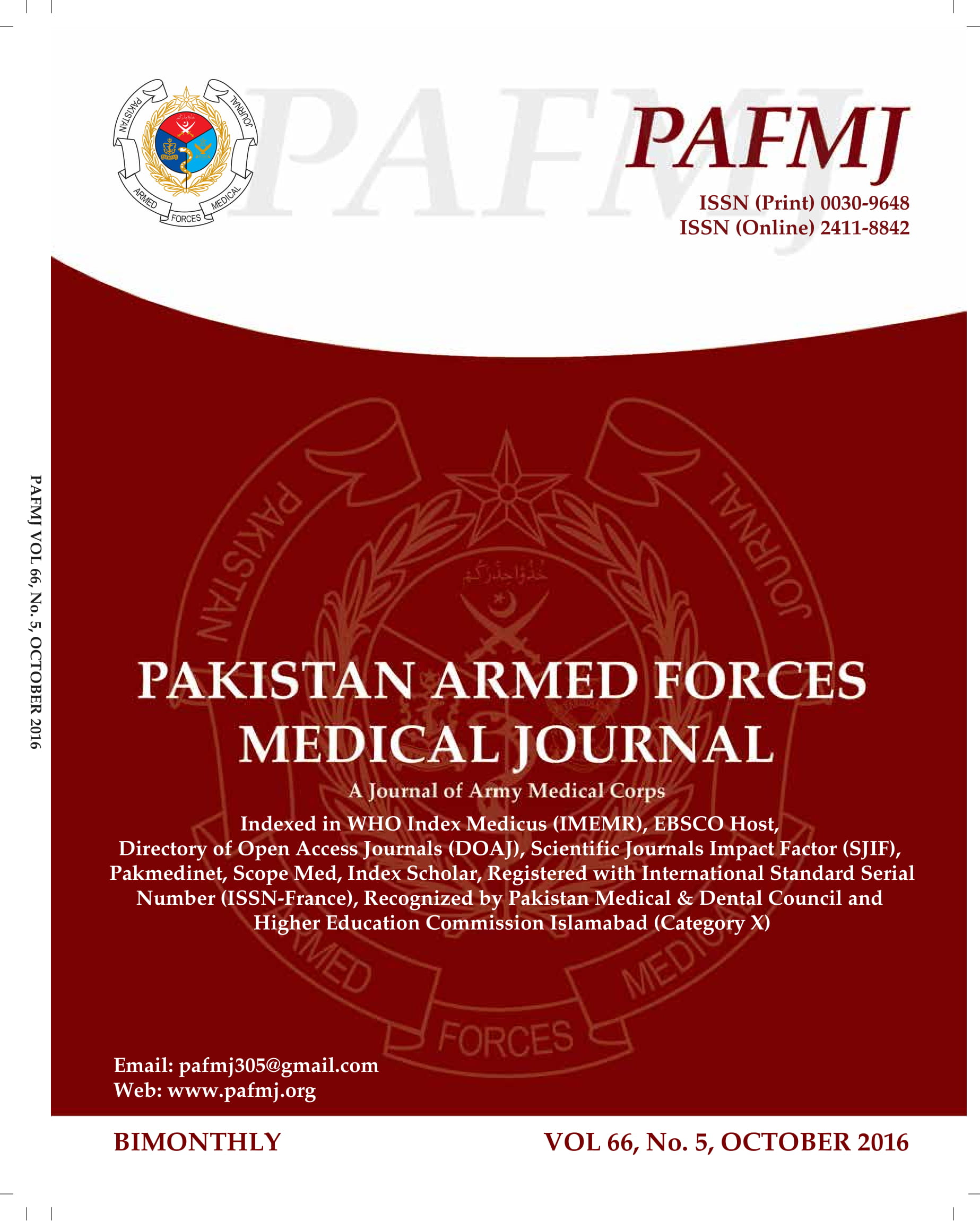