Objective: To determine the frequency of increased fibrinolysis after coronary artery bypass grafting (CABG). Study Design: Descriptive study. Place and Duration of Study: One year duration conducted in the Department of Pathology, Army Medical College in collaboration with Armed Forces Institute of Cardiology (AFIC) from December 2013 to November 2014. Material and Methods: Sixty patients were selected who were admitted to AFIC for CABG surgery. Venous samples were drawn from the patients immediately after surgery when the patients were shifted to post operative ward. Patients were selected by non probability purposive sampling technique. D-dimers were analysed by rapid agglutination assay. Results: Out of 60 patients included in the study, 50 (83.3%) were males and 10 (16.7%) were females. Ddimers level more than 200ng/ml were considered to show increased fibrinolysis. Raised D-dimers were present in 40 (66.6 %) patients while they were normal in 20 (33.3 %) patients.Twenty (33.3%) patients had Ddimers< 200ng/ml, 27 (45%) patients had D-dimers between 200-400ng/ml, 7 (11.7%) patients had D-dimers between 400-800ng/ml and 6 (10%) had D-dimers between 800-1600ng/ml. Conclusion: Increased fibrinolysis was present in 40 (66.7%) patients. It is more common in older age than younger ones. 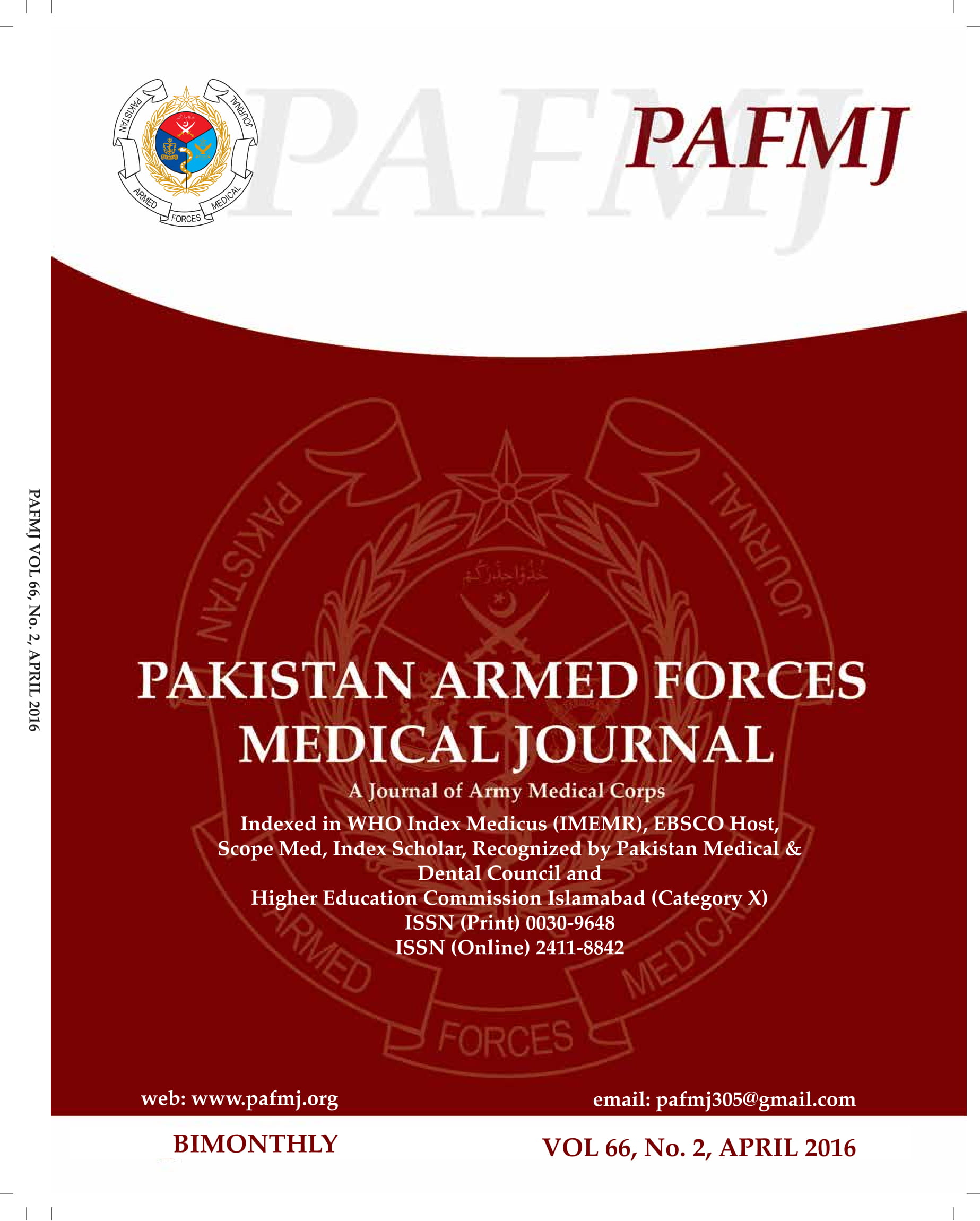