Objective: To ingress the austerity of symptoms of anxiety of the first-degree relatives that report to the hospital at the time at which their relative has to go a surgical procedure.

Place and Duration of Study: Fauji Foundation Hospital, Rawalpindi, from Jan 2014 to Oct 2014.

Methodology: The sample consisted of 307 relatives of surgery inpatient at Fauji Foundation Hospital Rawalpindi. Attendants present at the time of surgical procedure above the age of 18 years and below 60 years were included. The Hamilton Anxiety Scale was used as the questionnaire for data collection. Simple random sampling technique was adopted where every fourth attended was included in the study.

Conclusions: The impassioned abutment and complacency of relative’s essentialities should be preeminence to prevent anxiety and other disorders. 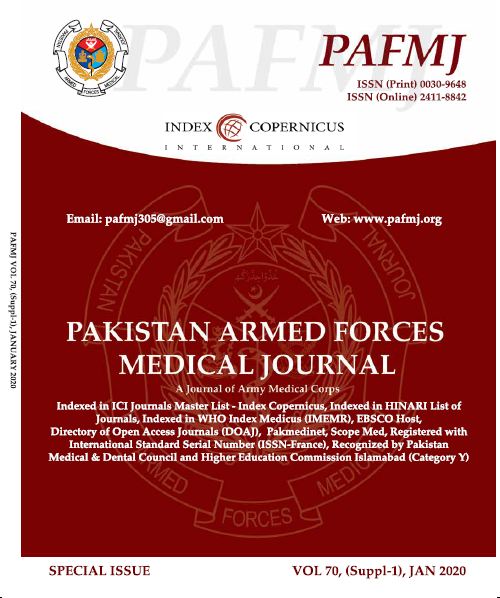