Objective: To compare the frequency of cesarean section in elective induction of labour at 40 weeks and 41weeks of gestation.

Place and Duration of Study: Department of Gynecology & Obstetrics, Sialkot, from July to Dec 2017.

Methodology: The pregnant females at full-term were divided in 2 groups. All patients aged 20-35 years and
parity less than 5 with singleton alive pregnancy and vertex presentation at 40+0 weeks gestation were placed
in group A and all singleton alive pregnancies with vertex presentation at 41+0 weeks in group B. Group A was
induced at 40+0 weeks and group B was induced at 41+0 weeks of gestation. Induction of labour was performed and fetal heart rate monitoring was conducted every 15 minutes. Augmentation was completed and frequency of cesarean section recorded in both groups.

Conclusion: There was a significantly lower rate of cesarean section in elective induction of labour at 41weeks as compared to 40 weeks of gestation. 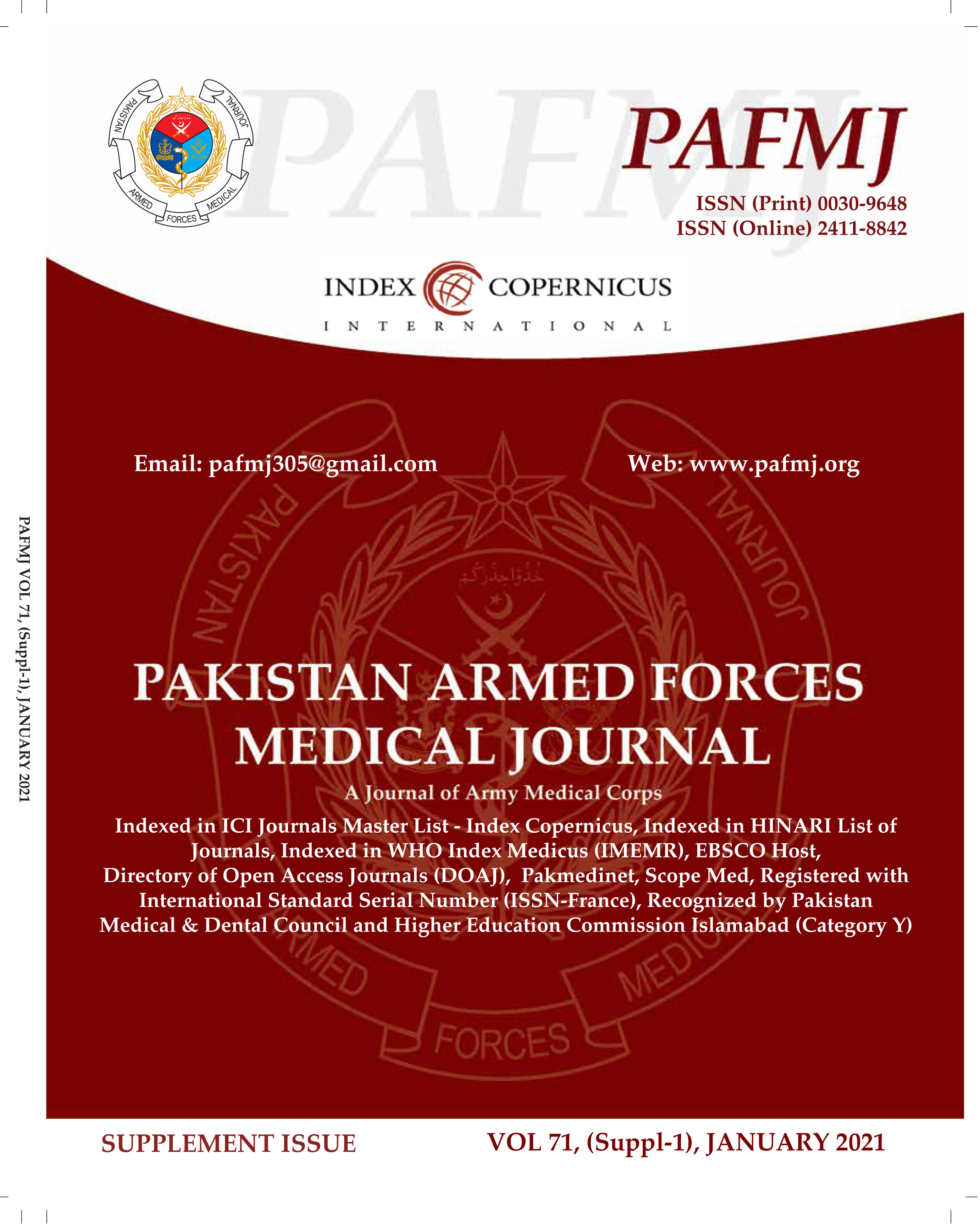