comparison of Giardia and Ascaris Infestations among children in GB

Objective: To assess the occurrence and intensity of Giardia and Ascaris infestations in children of both genders reporting with diarrhea.

Methodology: Patients of either gender with worm infestation were included in the study. Patients more than
13 years old were excluded. The sampling technique used was non probability consecutive sampling. The stool
examination (R/E) for the diagnosis of worm infestation was done. Stratification was done with regards to age,
mother education, gender, type of water used and post stratification chi square test was applied. p-value was
0.613 when calculated for the manifestation between both genders. p-value ≤0.05 was considered significant.

Conclusion: In our study Helminthic infestation was more common. The most common parasite isolated was
Giardia followed by Ascaris. 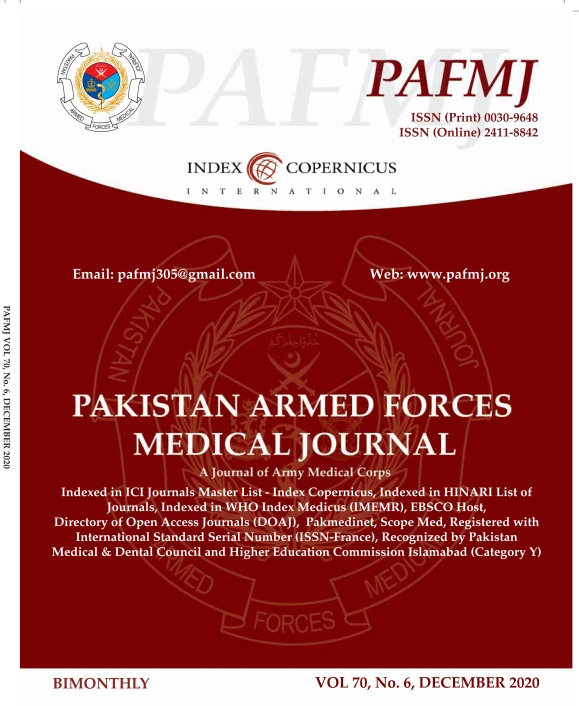