PSYCHIATRIC DISORDERS IN CHILDREN: PATTERN AND CORRELATES AMONG THOSE REPORTING TO A TERTIARY CARE HOSPITAL

Methodolgy: A total of 100 children, aged between 6-12 years of age, both male and female, meeting the selection criteria of the study, presenting to the Psychiatry department at Pakistan Naval Ship Shifa Hospital, were enrolled for this study. Informed consent was taken from the parents. The consultant psychiatrist interviewed the patients and diagnosed any psychiatric disorders based on international classification of diseases version 10. The data was recorded on the study proforma.

Conclusion: Attention deficit hyperactivity disorder and depression are amongst the quite prevalent psychiatric disorders, than that was considered earlier. 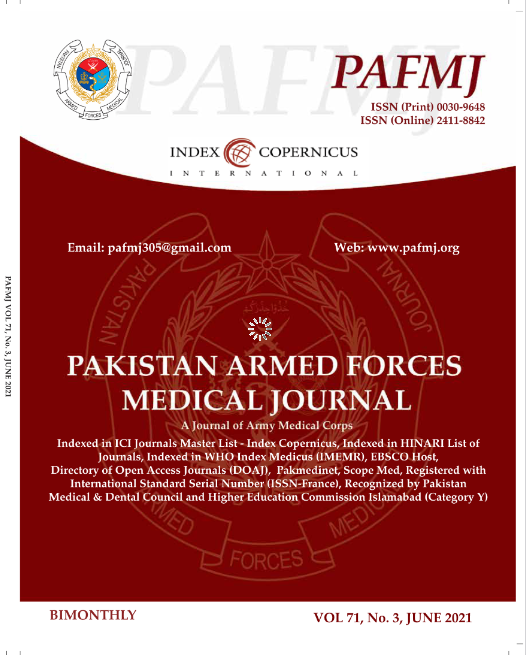