To determine the association of placenta praevia with multiparity and previous caesarean section in pregnant women.

Place and Duration of Study: Conducted at department of Obstetrics and Gynaecology, Combined Military Hospital Lahore, from Jan 2017 to Jun 2017.

The study involved 254 patients with placenta praevia reporting in Outpatient Department and Emergency Department at Combined Military Hospital Lahore. After taking informed consent, the outcome variables i.e. parity and history of previous cesarean deliveries along with demography of the patients were recorded on specifically designed proforma. The collected information was entered and analyzed through SPSS version 20.

Multiparous women with history of previous caesarean section carry a higher risk for placenta praevia and should be counseled and managed accordingly. 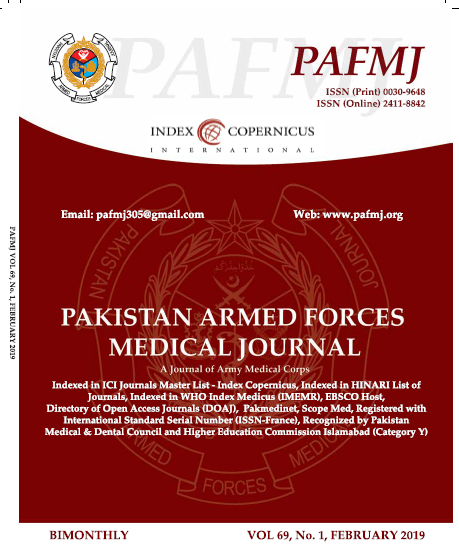