Objective: To see the effect of refractive error correction on visual acuity and to observe the various causes of blindness in visually impaired children.

Place and Duration of study: The study was carried out at Combined Military Hospital (CMH)/CMH Institute of Medical Sciences (CIMS) Multan, from Jun 2017 to Jun 2018.

Methodology: The administration authorities of Al-Noor Special education School, Multan were approached regarding establishment of free eye screening camps biannually. Parents of all the students were informed and consent was taken regarding this study. A total of 124 visually impaired children were included in the study. Children were examined by a consultant ophthalmologist and optometrist. Demographic details and related family history was noted. Visual acuity was assessed by Snellen chart and refractive error was assessed after achieving cycloplegia with 0.5% cyclopentolate eye drops. Detailed slit lamp examination of anterior and posterior segments was carried out by consultant ophthalmologist and the main cause of visual impairment was noted.

Results: A total of 124 students were assessed in this study. The age of students varied from 6 to 16 years with a mean of 9.48 ± 2.92 years. Out of total 79 (63.7%) were male while 45 (36.3%) were female students. Visual acuity of all the students was worse than 6/60. Considering the cause of blindness in children, retina was the most commonly affected organ contributing 62.9% of the cases. The leading retinal pathology appeared to be Leber’s congenital Amaurosis and pigmentry retinopathies.

Conclusion: Retinal disorders appeared to be the most common cause of childhood blindness in our study, however detailed community based visual screening surveys need to be carried out for more comprehensive results. 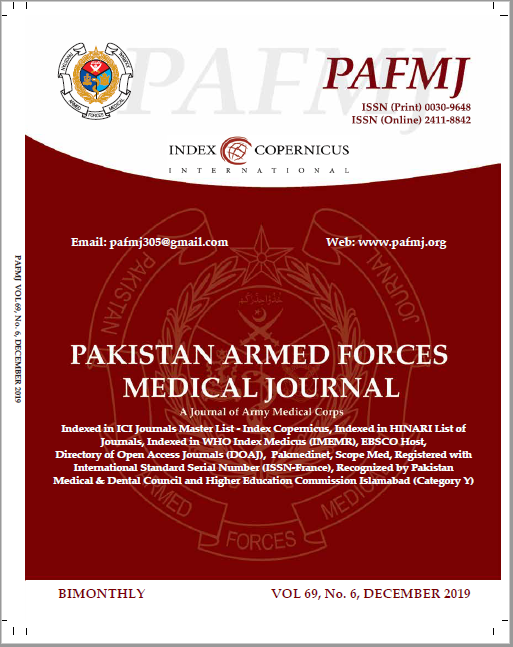