NOBEL LAUREATES IN PHYSIOLOGY AND MEDICINE-2005

Nobel Laureates in Physiology and Medicine

In 2002, Barry Marshall — the co-winner with Robin Warren of this year's Nobel Prize in Physiology and Medicine for their discovery of Helicobacter pylori — edited a book entitled Helicobacter Pioneers [1]. In it, he collected papers of many physicians who had seen spiral bacteria in the stomach but whose work had languished or been erased from scientific memory. Indeed, the century preceding the publication of Marshall and Warren's first article on H. pylori was peppered with reports from investigators who described seeing helicobacters in human and mammalian gastric mucosa and even curing peptic ulcer disease with antibiotics. The work of these investigators — from France, Poland, Germany, the United Kingdom, the United States, Greece, China, and the Soviet Union — was neither synthesized nor promulgated and was occasionally maligned. One can imagine what Marshall was thinking as he put this book together: "H. pylori was so obvious — how is it that two doctors in Western Australia ended up making this discovery?"

The Nobel committee, in issuing their press release regarding the prize, answered this question succinctly. In delineating the significance of H. pylori, they acknowledged the "prepared mind[s]" and "tenacity" of the new laureates as keys to their success. Unlike Louis Pasteur, who famously said that chance favours only the prepared mind ("Dans les champs de l'observation, le hasard ne favorise que les esprits préparés"), the committee neglected to mention luck.

Chance plays a role in all discovery. In his chapter in Helicobacter Pioneers, Warren acknowledges that it would have been very difficult even one decade earlier to make the observations that he and Marshall made. He mentions, in particular, the advent of fiberoptic endoscopy as a key factor in their success. Before modern endoscopy became available, gastric tissue was obtained only at autopsy or on surgical resection. The samples were collected and typically autolyzed before pathological examination, prohibiting fine inspection of the mucosal surface. When endoscopic biopsy became widely used in the mid-1970s, systematic examination of fine details of gastric mucosa from a cross-section of patients became possible. The usefulness of endoscopic biopsy material was further enhanced by the growing accessibility of electron microscopy, which enabled Warren to define the way in which H. pylori became attached to the gastric epithelium. On seeing the microbes clinging to gastric cells, Warren became convinced that the corkscrews were not secondary colonizers of damaged mucosa but, rather, had primary pathogenic significance.

Marshall and Warren's work was serendipitous in nontechnological ways as well. At the beginning of the 20th century, almost every adult in the world and the great majority of children had been infected with H. pylori. Had investigators looked, at autopsy at the stomachs of patients with ulcer disease and compared them with stomachs without ulcers, they would have seen a similar presence of spiral bacteria. Indeed, H. pylori was so common early in the century that gastritis and gastric preneoplasia were thought to be natural consequences of aging [2]. But thanks to improvements in sanitation and hygiene over the past 100 years, the prevalence of the bacteria has decreased in industrialized countries at a rate as high as 25 percent per decade [3]. This change, paralleled by the decrease in the incidence of ulcer and gastric cancer, has allowed investigators to dissect the role of H. pylori in disease. Without these contemporaneous occurrences in the 1970s — the decline of H. pylori and the advent of endoscopy and electron microscopy — it is unlikely that the bacteria's effects could have been discovered.

Yet, presumably, between 1970 and 1983 (the year of Marshall and Warren's seminal letters to the Lancet), thousands of gastroenterologists and pathologists closely inspected the stomach with endoscopic biopsy and even electron microscopy, and only a scattered few recognized the presence of microorganisms. Thus, serendipity alone cannot explain the duo's success; one must acknowledge the role of the "prepared mind" — a mind not only open to new ideas but also informed about the antecedents and the context of its observations. Warren was, and is, an expert in gastric pathology and in bacterial staining in pathological specimens. Marshall — who was not yet a gastroenterologist but a registrar in training — was not yet entrenched in the "no acid, no ulcer" dogma of gastroenterologists. Moreover, both he and Warren are natural sleuths with the capacity for focused, hard work.

After Warren proposed to Marshall the idea of a gastric pathogen, they rushed not to publish, but to the library to read new articles and old books. They consulted with experts in bacteriology and gastroenterology. They went to primary sources and analyzed previously collected biopsy specimens. Together, they tenaciously built a body of knowledge surrounding their findings that created a coherent and complete picture. It is understandable, then, how the two were willing and able to stand their ground against the many naysayers who scoffed. Unlike others who had previously seen H. pylori — and those who had challenged them — they were intellectually prepared and armed with facts.

Since the early controversy that raged within the medical establishment (and was amply and ably chronicled in the popular press), H. pylori has become one of the most studied organisms in medicine: more than 22,000 relevant articles have been listed in PubMed since 1983. The organism has provided a fruitful model for understanding bacterial pathogenesis and the molecular intricacies of microbe–host interactions. The microbe and the host communicate through a complex process involving the injection of bacterial components into the host cell through a miniature syringe — its type IV secretion system. The signals that H. pylori then sends to the cells control the structure of the epithelial junctions and the cytoskeleton and may even affect epithelial differentiation, proliferation, and apoptosis. The adverse outcomes of this cross-talk — duodenal ulcer disease, adenocarcinoma, and lymphoma — are not yet completely understood.

The insights that have already been gleaned, however, are certain to be important for similar diseases in other organ systems. Indeed, the discovery of H. pylori has inspired researchers to examine previous convictions with new skepticism and to pursue more aggressively the possibility of infectious causes of myriad chronic diseases, including cancers, rheumatologic diseases, and atherosclerosis. H. pylori has even been used as a tool for studying human evolution and mapping the course of human migrations throughout history.

In short, the clinical and scientific importance of H. pylori has exceeded everyone's wildest expectations. Yet the most important legacy of Marshall and Warren's award may have less to do with science than with the inspiration it should provide to medical practitioners worldwide. This year's Nobel Prize was a prize for clinicians. At the time of their discovery, Warren and Marshall were physicians doing their daily jobs. They were not in the laboratory chasing after the Nobel Prize. They had no intention of being in the limelight. They had no research grants for studying ulcer disease. Rather, they happened upon something interesting, and driven by curiosity, they investigated and reported it. They proved again that we, as physicians, can make groundbreaking discoveries in the course of our clinical practices if we attend to our work with open eyes, a sense of curiosity, a desire to understand, and a willingness to pursue ideas to their completion.

In other words, these two doctors from Western Australia won the Nobel Prize by being examples of the great clinician described millennia ago by Hippocrates: "Many and elegant discoveries have been made. . . and others will yet be found out, if a person possessed of the proper ability, and knowing those discoveries which have been made, should proceed from them to prosecute his investigations [4]. May Marshall and Warren inspire others to do likewise. 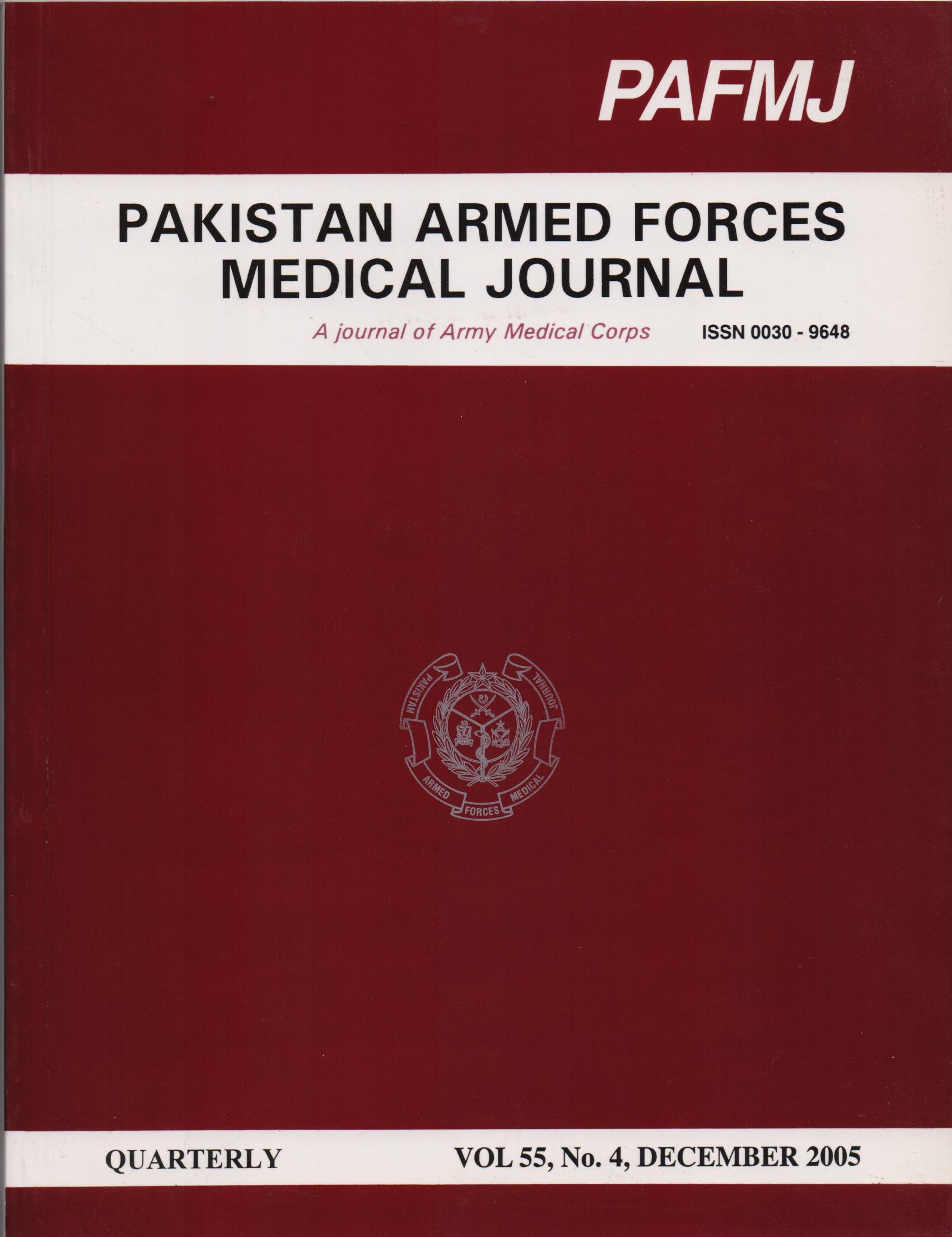